Ahead of his third exhibition with the London Photo Show, we caught up with Simon Fremont, an Essex born photographer who is well versed in exhibiting his unique body of work.

Here’s what we found.

A cow at a country park on a school trip with a box brownie, age 11. My dad threw it away.

How did you get so deeply into photography?

I walk around and everywhere I look I see a picture, seriously for 20 years. After period away from it, in 2009 I fell back in love with photography when walking past a bookshop in Amsterdam every day with a copy of Helmut Newton’s Sumo. It’s a large photo book. At that point I was meant to do a Masters in Engineering after my Bachelors, but I never did. Then I nearly did a PhD three years later in Production Management, but the conservatives won the election so I stayed working in the city and went to Denmark. Since then I repeatedly promised myself to study again. After 2009 and falling in love with photography again, I decided to do the Masters so I could communicate on a level with galleries about my photos. Falmouth University launched their MA at the same time as the first London Photo Show, I was on holiday so it was a manic period to choose prints and prepare for the MA.

The whole thing about doing a Masters was about being able to explain to someone else in a language they would understand why that photo meant something. So if I did an arts degree I would be able to communicate with curators in the same language, so I used the analytical part of my brain to solve a creative problem. Now I’m better at it then I ever was, so it was worthwhile doing the masters.

The knowledge and experience has been more important that the actual qualification. To use a cliched phrase, it’s all about the journey.

Engineer by background and now photography?

I always thought education was about choosing art vs science. I saw the film of Jon Berger called Art, Poetry And Quantum Physics, that made me realise there wasn’t such a polarisation between art and science. That film was a pivotal part of my MA journey and I realised science and arts were not opposites and there are in fact more parallels between the two than I realised.

What did the MA teach you?

A better ability to appreciate contemporary photographers and contextualise my work with them.

I’m now much better at looking at my own and other people’s’ work as a body rather than individual photos.

I was driven by method and technology, for example: using a video camera to record video from moving vehicles, but now this no longer drives the project. Instead, it’s about the end result rather than the method. Complete shift on axis. Now it’s about selecting a story and bringing it to life with method.

How do you find inspiration for your projects?

It could be anything from a conversation to an article in a newspaper. Those are the most common pieces of inspiration for me. I write them down in a notebook, build up a big list, then other things occur that add to them and then you pick it up and move it forward. A lot of my projects are about about place, time and layers.

How many times have you exhibited your work?

This is my 3rd time at the London Photo Show, but my fourth exhibition in total as I held a solo exhibition at 5th Base Gallery too.

How have you developed or changed over time?

The first exhibition I took part in, I really didn’t know what I was doing. I chose four images I liked and had a rough idea of how to present them. I then got some feedback when getting tests printed. The second exhibition I took part in, I was much more considered about the work I chose to put in, including the layout and put thought into contextualising the work in the show space. For my solo show in August, I had the whole gallery which is in some ways scary as the work has to show on its own. But you have much more control over how the work is shown in the space. The third time at the London Photo Show will be a mixture of video and image.

Why have you come back to the London Photo Show for a third time?

The reason is twofold. The venue this time is interesting. And the opportunity to have a group of like minded people see the work, opens you up to a wider audience than you could alone. If you are emerging as an artist it can be soul destroying creating work and the first person who visits your exhibition is a cat (which happened to me). It’s about getting an audience of people who may not see your work. Also a fundamental element of coming back is economic. Putting on shows isn’t cheap, so being part of a group show lets you spend money on other things.

Have you given thought to the look and feel of the Bargehouse?

It will be less formal, it might even not have backing board on the prints, so it becomes more organic with the space. It also means I can print more for a lower budget.

Your work at the upcoming London Photo Show is more light hearted than your previous exhibition? Why?

To counterbalance the serous subjects that I’ve shown the last two years (around Brexit and decline). The last two years I have felt quite serious. It is partly a reaction to spending two years in deep and stressful academia, so the work is a playful reaction to being freed from the structure of academia. It also part of my duality to dip in and out of things. I went into academia to learn a vernacular, so now I want to break some rules, make some mistakes, which could give opportunities. A few people think I’m mad. Some photographers find a particular style, which is great for people to follow them as you recognise the work. But as I’m at a relatively early stage in my photography career I don’t have to produce work that people expect so I can take risks.

I can have the tendency to become very intense if I get serious about something which can be overpowering. So I use humour to relieve the intensity. So in a way this is like a break so I can return to more serious projects with a renewed energy. That’s always what I’m trying to achieve. it’s  a light hearted project. So I‘m being either foolish or brave to create and share it at the same time. Maybe that’s a comment on how we live live our lives through the public gaze.

Current projects were inspired by a talk on the 7C’s about how to go viral on social media. Two of the C’s were chickens or cats, one of the guys who went viral did reviews of chicken shops.

If you could photo anyone or anything, what or who would it be?

My grandfather that I never met. He had a very interesting life. He came from France to the UK before the first world war, was a medical orderly in the war then went on to be a missionary in Africa. He traveled on a mule. He then came back to the UK after being a missionary and was a vicar in Essex and the east end of London, Leyton. He died a couple of years before I was born. He was a great storyteller. I like hearing anecdotes of the stories he told, people I met as I was growing up alway spoke fondly of him.

How would you photograph him?

Probably him doing something practical that wasn’t in the church to tell the story of how he was with his parishioners, but not taking the easy options of him outside the church. He died the year after he retired from being a vicar.

The next project will be about industry in Chelmsford (a major employer was Marconi an TV camera that were used to record the Queen’s coronation) which went into decline in the 90’s. Chelmsford is now a dormitory town to London, if it was 100’s of miles from London, would it have more social problems and be in a state of decline? That will become a research project, to find the people who worked in that industry and tell their story. There’s an element of social history that may never be told otherwise.

What’s the future for you and photography?

I’m going to keep working in my day job, but will continue to produce projects that are about place and time. Ultimately creating narratives that inquire further into the topics that my work explores. I don’t want to tell people what the answer is but I want to create work that encourages people to go on their own journey of exploration.  I might do a PHD on the Chelmsford project, which forces me to reach a conclusion. The qualification isn’t the important part but it gives me structure to develop my idea.

Do you make work for commercial purposes or for enjoyment?

If people buy my image that’s a bonus. It’s not about being mercenary but it’s an additional validation that people buy into what you’re doing. People come and see it. That’s a validation in its own right, so if people don’t have money to buy prints that’s fine. But if they do have money to buy it, it will help me fund other projects. I’m not there to make money though but if you can sell more to help fund the next project then it’s nice that we can work together to explore and I can build up a greater breadth of story than I could otherwise.

Would be crazy to say I wouldn’t be humbled by being represented by major galleries. But if I could get a small group of people to appreciate my work. And by buying work they would help fund further projects, then that would be further validation for what I do.

Industry provides the basis of letting people live how they want, but without art, society has no soul. So if people buy art they are funding the development of artists.

Point 101 Printing will give a 10% printing discount to all LPS exhibitors. 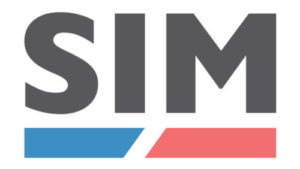 The 36exp Photographers' School enables photographers to achieve their goals.