The London Photo Show has confirmed Cafe Art as their charity partner for the 2018 exhibition.

Cafe Art is a social enterprise that connects people affected by homelessness with the wider community through their art.

As the exhibition’s charity partner, Cafe Art will be attending the event at the Bargehouse Gallery between 23 and 28 October, to raise awareness of their work by showcasing images from their MyLondon project.

The MyLondon project was launched by Cafe Art back in 2013 and focuses on empowering people affected by homelessness by celebrating their work in an annual calendar, produced and sold to raise funds for the art groups and artists whose images are featured. Photographs are also framed and hung for sale in a number of independent cafes in London, with 80% of the proceeds going to the artists and 20% going back into the project.

Cafe Art will be showcasing three images from the project at the show. They are: 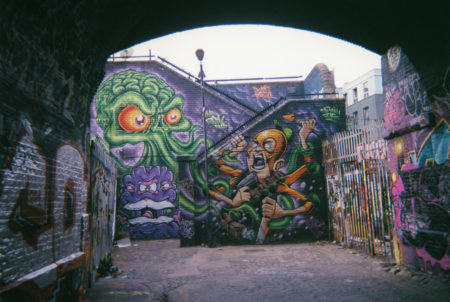 “McGinlay says the monsters and aliens in this mural are vivid and colourful: “it’s a little bit psychedelic!” She is a member of Cardboard Citizens and a volunteer journalist for the Pavement magazine. “I’ve come a long way since the days of being homeless. While I was doing this photo I came across a few homeless people. How many people would have used this bridge as shelter?” 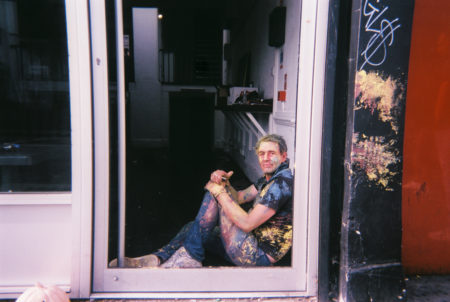 Opening the Squat by Husna Lobiya

“He had just ‘opened’ that building [as a squat]. Squats are made up of homeless people, so when one opens up it attracts people who have got nowhere else to stay. There are more than a million empty buildings across the UK and a fairer way needs to be found to use them to provide for housing for those in need.” 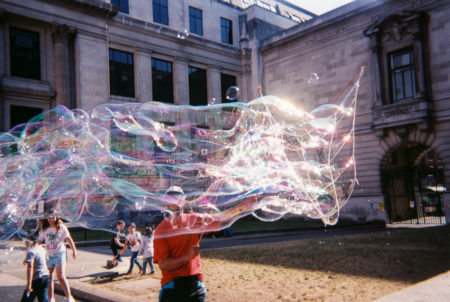 “Dee, who goes to The Passage Charity, likes this shot. ”It’s just flowing.” She worked as a carer after her husband retired in South Africa, but they still needed income. She became homeless when a client fell and broke her hand. “I’m having two operations. I never had accommodation because I was a live-in carer.” Dee now rents and is hoping her husband will join her soon.

To find out more about Cafe Art and there MyLondon project visit: www.cafeart.org.uk