Maurizio Cecchini is an Italian London based photographer whose work in worldwide locations has produced striking and revealing landscape photographs set in Asia, The Americas and Europe.
Maurizio has recently returned from exhibiting his work in Italy where his series of photographs around Traditional Fairy Tales and Religious subjects references classical painting in its composition.
However set in a contemporary context they subvert expectation.
Familiar narratives are taken into a disonant satirical realm that is beguiling, they are beautiful to look at, but simultaneously robust, challenging and politically controversial.
They challenge the viewers comfortable accepted norms.
Maternity Man
Religious overtones, Gabriel’s wings are of no help in this situation, they have to be ripped out ,like the birth, it will be brutal, ripping, grasping holwling, what horror is before us?
Some may say, since the beginning of time every childbearing woman has wanted men to experience the painful reality of childbirth to prove they are ultimately the stronger sex , but what if, and are they equipped? It’s a worrying assault on every level, but fascinating, and greedily we want more, to be there watching, and listening we can’t be anything but completely drawn in to this scenario, even to imagining the biology of how it could happen ? what is going on down there?
Fairy Tales:
Beauty and the Beast.
Dramatic, theatrical, bold, bright . Two Beautiful men, two handsome beasts, sexy silky dress on a muscle toned body tightly wrapped around in powerful masculinity, the lure of temptation, the desperation of the underbeast, come in and join the feast, but leave the door open…
Maleficent and Alice in Wonderland
How often had we blamed Walt Disney for dipping our toes into the unknown.. if only we had known that there is no such thing as a fairy tale handsome prince.
There are just the deadly sins in this world
Lust, jealously, envy, gluttony and avarice…
Fairy tales are warning to the young, who absolutely ignore them, and so they should…
Maleficent is a long winding affair, with no handsome prince or beautiful young princess, maybe its kicking back at Disney or maybe it’s showing the reality of life? The artist , pushes and pulls against realty and constraint and boundaries, so we are still left questioning.
It does make one thing clear, the Maleficent is sexy, dangerous and enticing regardless of gender
Alas poor Alice, the table is buckling under the food and drinks, the charming, amazing, wonderful and wretched friends circle her like vultures around a antelope who thinks its all a terribly funny game, but where is she, who are these strange creatures at her tea party?
“Girls will be boys and boys will be girls. It’s a mixed up, muddled up, shook up world except for Lola”.. Blur 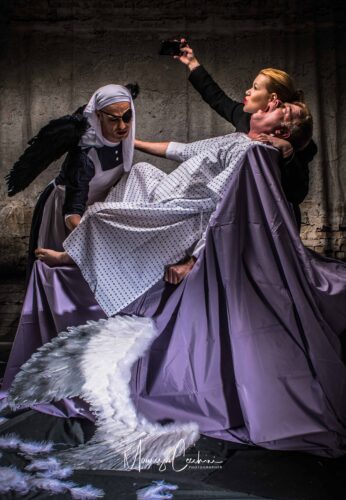 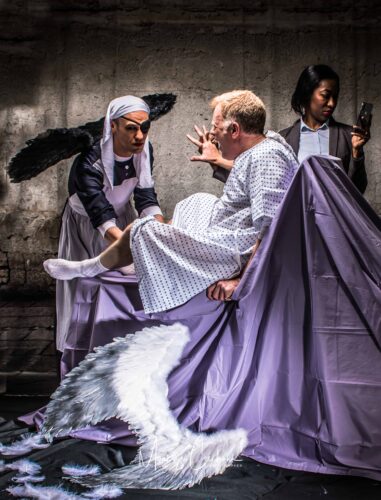 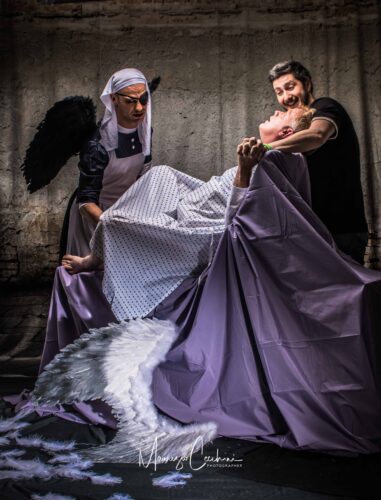 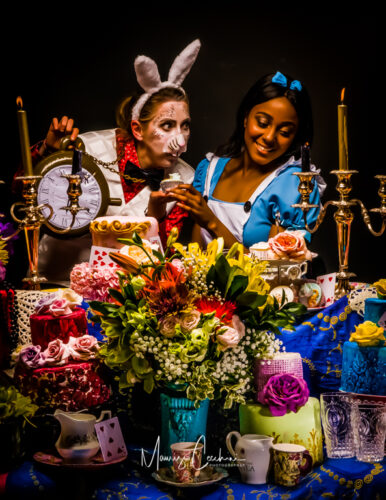 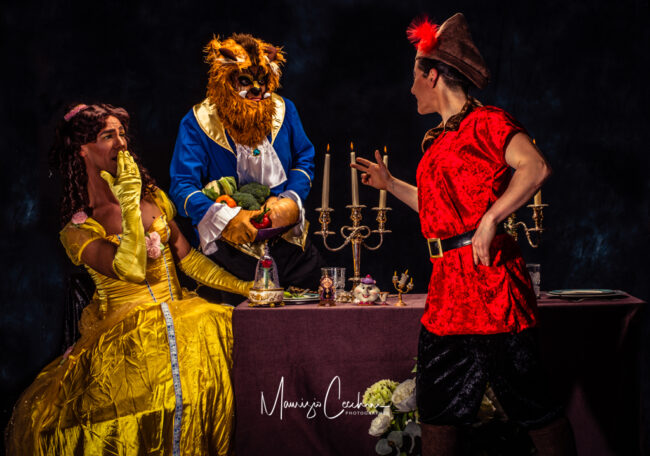